The limited solar fire data that is available provides a strong indication that instances of solar fire are on the increase. Consequently, as our new report ‘Hidden Danger: Why Solar Farm Fire Risk Could Be Greater Than You Think’ highlights, there is concern that the solar industry is underestimating the risk of fire at solar farms.

What Does the Data Tell Us About Solar Fires?

One data set released by the US Fire Administration (USFA) revealed that instances of solar system fires more than doubled during the period 2015 to 2018. The USFA data showed that there were 56 solar system fires recorded in 2018, up from 25 in 2015.

Where Did Most Solar Farm Fires Occur? 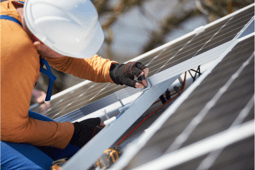 A third of the fires that were recorded by USFA during the period 2015 to 2018 occurred in California, Arizona and Nevada. However, while the number of fires recorded by the USFA more than doubled between 2015 and 2018, the number of solar installations in the US increased at a similar rate during the same period – from less than 30,000MWdc to more than 60,000MWdc, according to Solar Energy Industries Association research data – which would suggest that solar fire risk may not actually be increasing.

However, another data set paints a completely different picture. A data set from Australia indicates that solar fire risk is, in fact, increasing exponentially.

Statistics from the Australian PV Institute show that PV installations in the country increased from around 7.3GW in January 2018 to more than 20.7GW in December 2020. However, while the increase in PV installations in Australia during the period was less than three-fold, data from Fire and Rescue New South Wales (NSW) showed that there was a six-fold increase in the number of solar fires attended by firefighters in the period 2018 to 2020. In 2020, Fire and Rescue (NSW) attended 139 solar fires, compared to 22 in 2018.

What Increases the Risk of Solar Fires?

Studies have shown that several fires start in inverters, which form the most complex part of a PV system and manage the power that flows through them. Yes, inverters do have sensors and other safety features, but, despite this, there have been a number of incidents of solar fires that have been recorded as initiating in an inverter.

Meanwhile, the BRE National Solar Centre study has highlighted how the use of “faulty inverters” has resulted in solar-related fires.

What Steps Can Be Taken to Reduce the Risk of Solar Fires?

While it is extremely difficult to completely eradicate the risk of fire in solar systems, there are a number of key steps you can take to drastically reduce the risk.

A study conducted by European testing and certification company TÜV Rheinland – which has been cited by the US Department of Energy’s Solar Energy Technologies Office – made a series of recommendations for minimizing the risk of solar farm fires.

In addition, it is also recommended that solar farm operators consider addressing the issue of fire risk by incorporating the use of fire suppression systems.