Solar Prices are on the Rise: Why You Need to Protect Assets from Fire

Increasing commodity prices and freight costs mean new solar projects are becoming much more expensive – consequently, solar farm operators must do all they can to protect their existing assets. In addition, the construction of solar farms is becoming an increasingly expensive business.

A report published earlier this year by the Solar Energy Industries Association (SEIA) – in partnership with Wood Mackenzie – concluded that 2021 had been a year of increasing costs for the solar industry. As a result, 2022 solar installation volumes will be impacted.

What Has Been the Extent of the Price Raises?

According to the SEIA/Wood Mackenzie report, consistent year-over-year and quarter-over-quarter solar price increases started in the second quarter of 2021, and this trend continued throughout the year.

The report also highlighted how year-over-year price increases for utility-scale solar reached a massive 18% for fixed-tilt projects and 14.2% for single-axis tracking projects in the fourth quarter of 2021.

Rising costs affected all segments of the industry due to rising commodity prices, higher freight costs, and shipping delays. The report stated that "it was the first year that solar system prices increased consistently year-over-year and quarter-over-quarter for every segment beginning in the second quarter.” 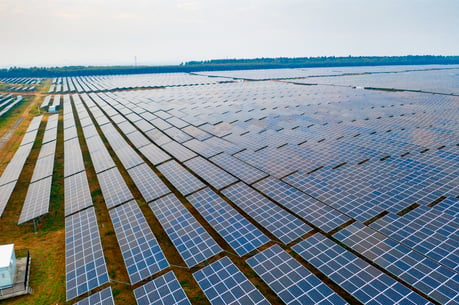 How Will Price Rises Impact the Solar Sector?

The solar industry price rises experienced in 2021 will have the biggest impact in 2022.

Utility solar installations this year are expected to fall by 14% compared to 2021 due to a combination of project cancelations and project delays, according to the SEIA/Wood Mackenzie report.

Why You Need to Take Action to Protect Your Solar Assets

With solar industry costs rising, solar farm operators need to do all they can to protect their existing assets in order to ensure they don’t have to source expensive replacements in the event a solar system is damaged. This includes protecting your solar assets using fire suppression systems and fire risk assessments.

Research has shown that the risk of fires at solar panel farms is potentially being underestimated due to under-reporting and a lack of available data. A study by the UK’s BRE National Solar Centre led to the finding that researchers “strongly suspect a degree of under-reporting, especially amongst solar farms and domestic thermal events that were resolved by a solar installer/maintenance engineer.”

What Causes Fires at Solar Farms? 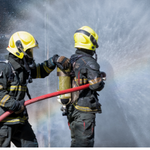 When a solar farm catches on fire, it's important to find the cause of fire. It turns out that the most complex part of a PV system is the inverters, and they manage the power that flows through them, which puts the inverters at a higher risk of fire. Though they have sensors and other safety features, there have been incidents of solar fires recorded as initiating in an inverter.

The BRE National Solar Centre study emphasized how the use of “faulty inverters” has resulted in solar-related fires. Another source found to present significant fire risk is the DC isolators and DC connectors.

How Can You Reduce the Risk of Solar Farm Fires?

While it is impossible to fully eliminate the risk of fire in solar systems, there are recommendations for actions to take to minimize the fire risks at solar farms. A study completed by TÜV Rheinland, a European testing and certification company and cited by the US Department of Energy’s Solar Energy Technologies Office suggests for actionable measure be taken to reduce risks.

Another measure that can be taken is to install fire suppression systems in components that pose a higher risk of fire like the inverters.

If you are unsure about the level of fire risk you may face at your solar farm, download our report – Hidden Danger: Why Solar Farm Fire Risk Could be Greater Than You Think.