While the concept and use of solar energy has been around for centuries, solar technology and its ability to source renewable energy is still a relatively new concept. From solar panel origins in outer space around the 1950s, up through the first solar residences in the early 1970s, the technology used to harness the sun’s power has constantly evolved over the last 70-odd years. Today, due in large part to climate change and inflating energy costs, the latest shift in energy technology has taken the form of solar farms.

In fact, the benefits of solar farms are so dramatic that in just the last ten years, the average annual growth rate for the solar industry has been 33% year-over-year. With expansion numbers like that, it’s important to note that any new frontier brings challenges. Solar farms are no different. One of the biggest challenges facing solar farms are inverter fires and how to mitigate fire risks. It's time to break down what causes these solar inverters to catch fire and discuss some solar farm fire protection fundamentals.

What Are the Benefits of Solar Farms 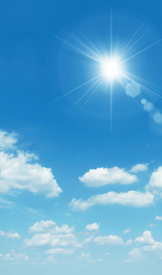 Essentially, solar farms are large scale power generation sites designed to produce energy for consumers. In other words, they serve the same purpose as a conventional coal or natural gas power plant, just with some notable benefits unique to solar power. By harnessing clean, renewable, solar energy, these new solar farms are able to produce power while also:

Are There Dangers with Solar Farms?

The short answer is there can be. That’s not to say that solar farms are more or less dangerous than other power generation types. On average, the reported instances of solar farm fires are rare, however there is no official reporting mechanism that captures this data. It’s likely due in part to how relatively new solar technology is and how aggressively it is being adopted around the world, there are certain growing pains for early adopters. If you are asking yourself “Are solar farms dangerous?,” in a general sense, the World Health Organization notes that there is no significant evidence of health risks just from working on or living near a solar farm. Rather, the primary area of concern for solar farms centers around solar inverter fire risk, and risk mitigation as recent studies indicated solar farm fires are underestimated.

Is a Solar Inverter Safe? Can an Inverter Start a Fire?

When installed and maintained properly, solar inverters are just as (if not more safe) than other power sources. Especially when they are equipped with appropriate fire suppression systems. With that being said however, in some instances, solar inverters can fail, overheat, and ultimately catch on fire. Let’s take a closer look as to why.

What Causes a Solar Inverter to Overheat?

There are a handful of things that can cause a solar inverter to catch fire. For starters, it can simply be the incredibly hot and sunny environments in which they typically operate. The naturally high temperatures can be compounded by the equipment generating heat as it moves, inverts, transforms, and manipulates high voltage electricity.

Often one of the biggest issues is an inverter short circuit problem which can be caused by a multitude of things, including:

A failed component that short circuits can result in a fire that spreads throughout the inverter. That fire damage then causes a domino effect, allowing all of the energy and voltage to come in and fuel the fire until the sun goes down. That is why automatic fire suppression is so important. Not only can it quickly detect and suppress a fire, but it can also trip the inverter offline before the fire can spread to other components. This way, the fire is smaller, more equipment is saved, and the surrounding area is less impacted.

The fact of the matter is that where fires can happen, fires will happen. That means it’s important to prepare for the worst-case scenario by understanding fire risks, and how to best mitigate those risk factors, and understand how to manage a solar farm fire.