3 Levels of Protection for Electrical Fires

Over 50,000 electrical fires occur annually, with nearly 500 deaths and 1,400 injuries, according to research from the Electrical Safety Foundation International.

It goes without saying that electrical fires are common and dangerous, but they can also be preventable with the correct safety measures in place. The U.S. Fire Administration states that in 2019, 8,200 fires occurred from electrical malfunctions in nonresidential buildings — totaling $410 million in losses.

Companies must understand electrical fire safety in the workplace to protect employees and investments, doing everything they can to put prevention and protection measures in place for security and safety. Let's discuss the ways of preventing a fire outbreak that a company can do to take action against their fire hazards.

How Do Electrical Fires Start?

For instance, an electrical fire within an electrical panel can occur due to the circuits becoming overloaded when the electricity distribution becomes insufficient. 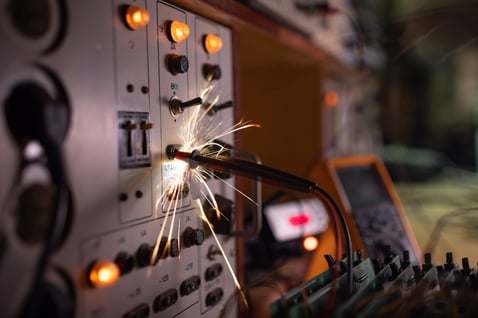 What Are the Three Levels of Protection for Electrical Fires?

The three levels of protection for electrical fires are: building level, room level, and base level. Let’s look at these a bit more closely as we figure out how to put out an electrical fire.

Instead, many companies aiming to protect against electrical fires use fire suppression systems with clean agents. There are two common clean agent gas systems: 3MTM NovecTM 1230 Fire Protection Fluid and FM-200TM. These gases suppress fire by reducing the heat of the fire through absorption. They have zero oxygen depletion, which means they are safer for environments where employees are working. These clean agents also have a smaller footprint since they don't require much to fill an entire room.

These clean agent gases are non-corrosive, non-conductive, and leave no residue when they evaporate. Because of all these qualities, these clean agents are ideal for fire suppression in areas with electrical components that could catch fire. Like sprinkler systems, these agents disperse through piping installed throughout the room and are triggered by smoke or heat detection.

The last level of fire protection for electrical fires is at the base level. Base level is where fire protection is essential to safeguarding specific equipment and minimizing damage to electronics or hardware. Although many of the above solutions will protect the building, the room, and the employees from getting hurt, the electronics and hardware are unprotected. 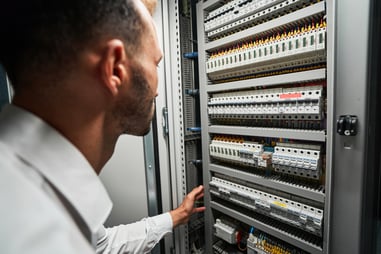 Adding protection at the base level is to ultimately protect the investment of the equipment. Installing a pre-engineered automatic fire suppression system will protect the equipment by detecting a fire within seconds of it starting — and it will suppress the source of the fire before it has time to damage any of the other components of the electronics or hardware. If a fire were to start, the tubing would activate the system and spread clean agent where the source of the fire started.

It's vital to have a preventive maintenance plan in place for electrical fires. Every company should educate their staff about the ways of preventing fire outbreaks and the evacuation routes in case of fire. It's also essential to integrate electrical cabinet fire suppression systems where applicable. With these steps in place, you will not only save your company from extreme damages, but you will protect your most important asset — the lives of your staff.