Why Renewables Must Act Now on Fire Risk

Despite the fact that wind turbine and photovoltaic fires can be catastrophic, the clean energy industry has been slow to address fire risk. This lack of foresight is particularly surprising when you consider both the prevalence and the financial cost of fire incidents in the clean energy industry. However, research suggests that the renewables industry is greatly underestimating the level of fire risk it faces.

What is the True Cost of Fire Incidents?

Let’s take a look at some data. On average, you can expect that one in every 2,000 wind turbines will have a catastrophic fire. And these fires can be extremely damaging from a financial perspective. Replacing an individual turbine damaged by fire is becoming increasingly expensive (costing up to $9 million) with 12-18 months of expected revenue loss and down time to get replacement parts.

Meanwhile, statistics show that solar-related fire incidents are increasing as more and more photovoltaic systems are deployed. One data set released by the US Fire Administration (USFA) found that instances of solar system fires more than doubled during the period 2015 to 2018. In addition, data from Fire and Rescue New South Wales (NSW) in Australia has shown that there was a six-fold increase in the number of solar fires attended by firefighters in the period 2018 to 2020.

So why is the renewables industry failing to adequately address the issue of fire risk? Here are three reasons— and why it needs to change. 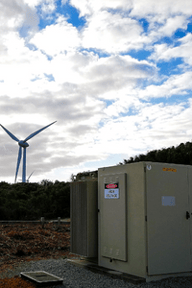 Why the Industry Needs to Act Now

Taking steps to address fire risk at wind and solar farms – partly through conducting fire risk assessments – has numerous benefits. They include:

Fires at wind and solar farms pose a risk to life and can cause millions of dollars of damage, but the renewables industry has been slow to address the issue. It is important that you understand the level of fire risk you may face at your wind or solar farm.